Perspectives. Insights. Results.
0
%
News
Howard University has chosen KGD and Moody Nolan to serve as design partners for the future Center for Fine Arts and Communications 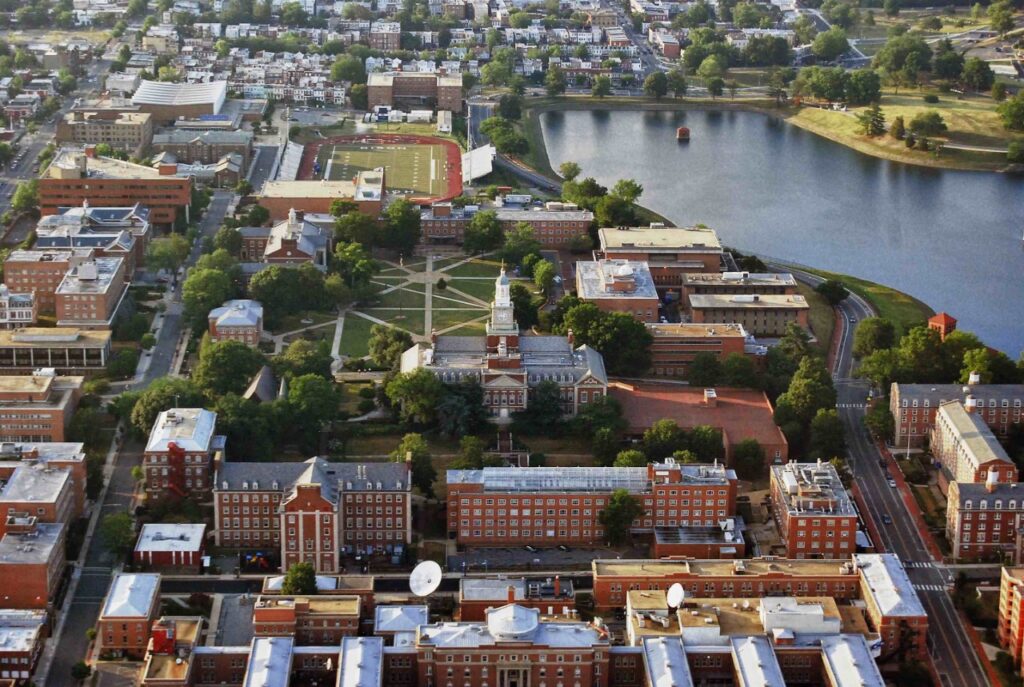 We are proud to announce that the illustrious Howard University has chosen Washington D.C.-based KGD Architecture and Moody Nolan to serve as design partners for the future Center for Fine Arts and Communications, a new state-of-the-art academic facility that will house the Chadwick A. Boseman College of Fine Arts.

WASHINGTON, D.C. (Nov. 1, 2022) – Howard University has chosen Washington D.C.-based KGD and national architecture firm Moody Nolan to serve as design partners for the future Center for Fine Arts and Communications, a new state-of-the-art academic facility that will house the Chadwick A. Boseman College of Fine Arts.

“For the first time since 1984, Howard is constructing new academic buildings. These projects represent the University’s evolving and innovative academic offerings,” said Wayne A. I. Frederick, M.D., MBA, president of Howard University. “The approach to housing more than one discipline under one roof is to encourage greater breadth and depth of exposures, and to create inroads to strengthen the intersections between various fields of study.”

In addition to the Chadwick A. Boseman College of Fine Arts, the Center for Fine Arts & Communications will also be home to the Cathy Hughes School of Communications, Howard University’s television and radio stations, WHUR/WHUT.

This partnership between the KGD and Moody Nolan teams is an organic collaboration stemming from the firms’ shared values for innovation, diversity and inspiring design, as well as a mutual commitment to creating resilient and beautiful places that positively contribute to the community and society.

Both firms are proud to be part of this historic and transformative moment in Howard University’s bold vision to expand its facilities for faculty, students and staff. KGD and Moody Nolan’s design for the project will further enhance academic excellence, inspire new knowledge and serve the Howard community.

“For the KGD | Moody Nolan team, this represents a transcendent design opportunity. The Center for Fine Arts and Communications will endure as a threshold building for the campus and catalyze a new era of innovation and creative expression for future Bison,” said Renauld Deandre Mitchell, FAIA, NOMA, NCARB, LEED AP BD+C, Moody Nolan partner and the CAC project’s design executive.

“We are honored to serve the community of Howard University with such a distinguished history and place in our academic culture,” said Manoj Dalaya, FAIA, principal and co-president at KGD. “The KGD | Moody Nolan team is excited to work with a world-leading institution to tell its story, to shape its physical context, and connect with the young scholars and academic community with a next-generation Center for Fine Arts and Communications.”

For 40 years, Moody Nolan, the nation’s largest African American-owned architecture firm and the American Institute of Architects’ 2021 Firm Award laureate has been a leader in developing Historically Black Colleges and University (HBCU) campuses. Moody Nolan’s commitment to HBCUs extends beyond the 63 projects completed across 33 HBCU campuses; the firm has recruited and hired HBCU graduates who, in turn, give back to their alma maters by spearheading projects such as the future Center for Fine Arts and Communications.

“I am humbled by the opportunity to give back to a place that has given me so much,” added Mitchell, a Howard alumnus. “Here at Howard, I found myself, met my life partner and learned my craft – which I now have the privilege of applying “With Excellence in Truth and Service” to my alma mater. I’ve come full circle and can now truly say – I’m HOME.”

The future Center for Fine Arts and Communications will be established on the northern end of the upper quadrangle, behind Childers Hall. This location will better enable event synchronization with other major event venues clustered on the northern end of the campus. Phase One of this project is expected to be completed by July 2025, opening to students in the Fall 2025 semester.

About Moody Nolan
Moody Nolan is the country’s largest African American-owned architecture firm. Founded in 1982 with just two employees in Columbus, OH, Moody Nolan has grown to 350 employees across 12 offices. Specializing in corporate, education, sports/recreation, collegiate, healthcare, housing/mixed-use, and public service facilities, Moody Nolan is guided by their ‘Responsive Architecture’ ethos – exercising responsible citizenship in designing places & spaces unique to its clients, community, and the environment. Acknowledging the firm’s sustained professional excellence, The American Institute of Architects (AIA) named Moody Nolan as the 58th recipient of the Architecture Firm Award in 2021; the highest honor the AIA bestows on an architecture practice. In 2022, the firm is celebrating its 40th anniversary and was also named one of the most innovative architecture firms by Fast Company. For more information about Moody Nolan, visit www.moodynolan.com. For more information on similar projects, visit MoodyNolan.com/Markets/HBCU.

About KGD
KGD Architecture, an award-winning design studio headquartered in Washington, D.C. and is known for creating the next generation of buildings that attract the best minds; places where talent and creativity thrive and flourish. KGD creates resilient and secure places that enhance wellbeing for the community. Our studio is known for bringing a wide range of diverse perspectives to bear on complex projects. We create inspirational, innovative, and beautiful places for the individual, the community, and the world. For more information about KGD. visit www.kgdarchitecture.com.

About Howard University
Founded in 1867, Howard University is a private, research university that is comprised of 13 schools and colleges. Students pursue more than 140 programs of study leading to undergraduate, graduate and professional degrees. The University operates with a commitment to Excellence in Truth and Service and has produced one Schwarzman Scholar, three Marshall Scholars, four Rhodes Scholars, 12 Truman Scholars, 25 Pickering Fellows and more than 165 Fulbright recipients. Howard also produces more on-campus African-American Ph.D. recipients than any other university in the United States. For more information on Howard University, visit www.howard.edu. 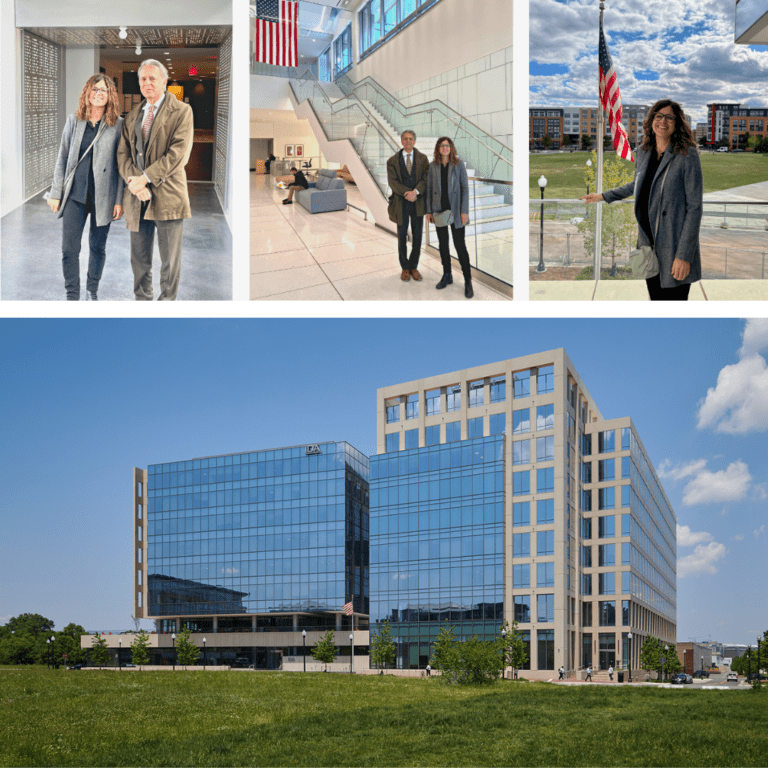 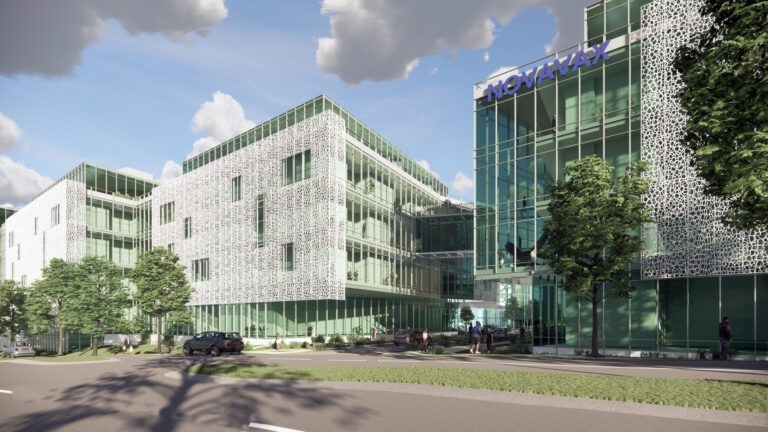