Rivaling Los Angeles in congested traffic is Northern Virginia. What might seem like an easy 15-mile errand can turn into an hour-long epic ordeal. Stress levels for commuters riding along Virginia interstates, often headed towards the national’s capital, can feel seismic in proportion.

Rivaling Los Angeles in congested traffic is Northern Virginia. What might seem like an easy 15-mile errand can turn into an hour-long epic ordeal. Stress levels for commuters riding along Virginia interstates, often headed towards the national’s capital, can feel seismic in proportion.

Imagine being the central hub, which monitors all that traffic flow — the headquarters for the Transurban Express Lanes Operations Center, based in Fairfax, Va.

Initially, images of Department of Public Safety buildings in all their fluorescent light glory come to mind, a place where the stress of the road can be mirrored by the stress of the very building to monitor the commute, this, however, is not the case with the Transurban Express Lanes Operations Center. The Virginia headquarters for the Australian and U.S. firm is a place of serene, contemporary design with the efficient and quality work of architects KGD Architects creating the antithesis of a dreary DPS.

Searching for the optimal location and a unit large enough to house them, Transurban found a non-descript former printing warehouse located in Fairfax County, Va. An industrial warehouse that is perfectly situated between two major Interstates 495 and 395. The pre-existing warehouse was a dull, albeit high ceilinged printing and warehouse facility surrounded by a large asphalt parking lot. Despite the initial aesthetic of the space, the client wanted something contemporary and exceptional. They wanted to maintain the scale of the building and make it even larger, while adapting it into a modern and sleek building. Transurban was committed to creating a haven, which would minimize the severe stress that comes from monitoring and controlling traffic flow, on some of the country’s most congested traffic arteries. A challenge, but certainly nothing talented designers with a competent team couldn’t handle, that team being KGD Architecture.

Following a competition to design the new Transurban U.S. headquarters, architecture firm KGD Architects presented their design ideas, and won the contract to complete the design/build of the warehouse. The Virginia-based firm, is led by three Principal Partners Tsutomu Ben Kishimoto, Christopher Gordon and Manoj Dalaya.

The age of the warehouse had seen structurally better days, and presented obstacles for KGD — in addition to the high-hopes from client Transurban, to establish a U.S. base that would adhere to their own high standards and sustainable ideals for the adaptive re-use project.

“It was pretty daunting during our first visit to the building as the building was surrounded by asphalt and inside space had old printing presses everywhere” said Principal Manoj Dalaya, AIA.

But certainly, not a challenge that KGD couldn’t handle. Given the scale of the building and that portions of the space would remain operating, with employees still working within the pre-existing building, KGD had to design in phases. Additionally, the client wanted the design of the project to be energy efficient, although not initially specifying a desire to attain LEED certification, the building’s new 30,000 sq. ft. design/build is currently pending LEED Silver.

The interior of the building is fitted with occupancy censors and designed to LEED certification standards through the use of sustainable and innovative construction materials and techniques.

“We took the sides of the old warehouse out and put in glazing so all these spaces would be filled with light, there are also some very technical measures,” said Dalaya.

KGD looked to the outside landscape of the project, as well as the interior and exterior to achieve LEED status. The building itself, by not needing to build from the ground up and completely clear a new site — added to energy saving points. The firm took the existing structure and began an adaptive re-use initiative with the many of the pre-existing materials and structure. The initial asphalt parking lot, which surrounded the front of the building was re-located to behind the building and adapted into a triangular recuperative garden. The designers landscaped the garden to hold rainwater that the new roof channels to the garden to minimize run-off; run-off water is then re-used throughout the site.

Among the exterior features added to increase natural light into the building are skylights, glass curtain walls, clerestory windows and punched window openings. The large windows at the back of the building create a more stylistic and sleek aesthetic than the previous warehouse offered.

Functional and necessary additions to the space included a two-story control room with a 20 by 9 ft. video wall monitor; an incident room to handle road emergencies; corporate offices; an operations center; and, supporting those activities, a maintenance workshop, visitors’ lobby, break room and private garden.

To create the two-story traffic control room and incident rooms, KGD had to lift up the roof at the existing building’s middle bay. Thus the roof’s long angled projection, which creates a contemporary look to the building.

“The heart of this facility is the two-story traffic control room, with a considerable amount of high-tech equipment and monitors,” Dalaya said. “You’re looking at a big screen, like a cinematographer intently watching what goes on.”

Not wanting to turn the traffic control room into a tech-attic that felt oppressive with humming monitors, KGD brought light in. “What we ended up doing was taking the middle section of this old building off, to allow light to filter in. But you still have some connection to the outside, you’re buried in the middle of the building, but you have this connection to the outside.” No doubt, a connection that alleviates additional stress from what can be seen on those monitors.

In order to truly succeed with any project, having the support of the client with a highly involved team is paramount, “It takes leadership and vision to accept the kind of ideas that we float out,” Dalaya said.

Transurban was receptive to the creative ideas and trusted KGD to do what they do best, create sustainable, stunning and sound buildings.

The founding partners of KGD Architects understand that a happy and supportive firm is one of the key elements to their success. “Our organization is a design organization; we believe that a good idea can come from the studio, not just from the top,” Dalaya said. And although the senior level architects are always present in their projects, can boast an engaged and participating staff, with ideas that actually get heard. “We’re practitioners of architecture not just managers of the design process; we focus our staff and talent on quality and innovative design.” ALT 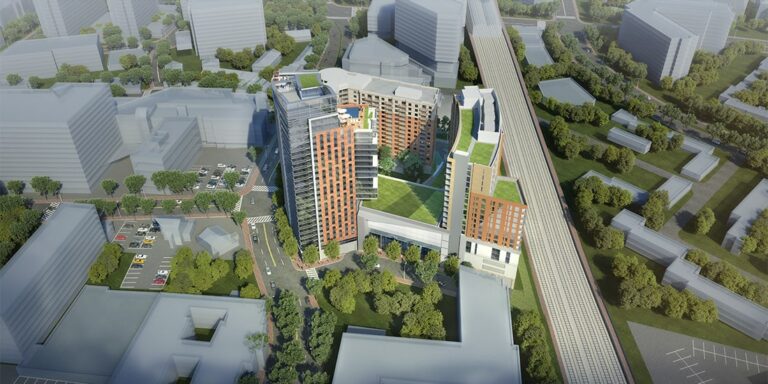 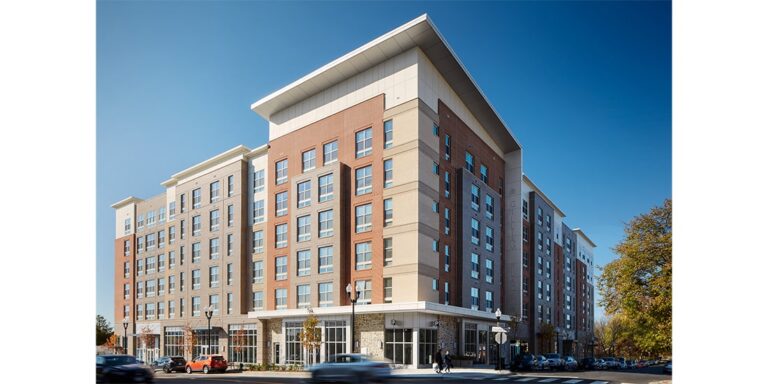